Task
Conception and development of a photobooth

For Diesel’s REBOOT campaign we developed and built a photo booth, which creates and publishes a colourful variety of animated gifs on a special tumblr blog http://dieselgifbooth.tumblr.com/. Set-up in four European major capitals, it didn’t take long for thousands of creative clips from shopping customers, party guests and celebrities to appear on the blog, boosting the campaign and involving the audience. 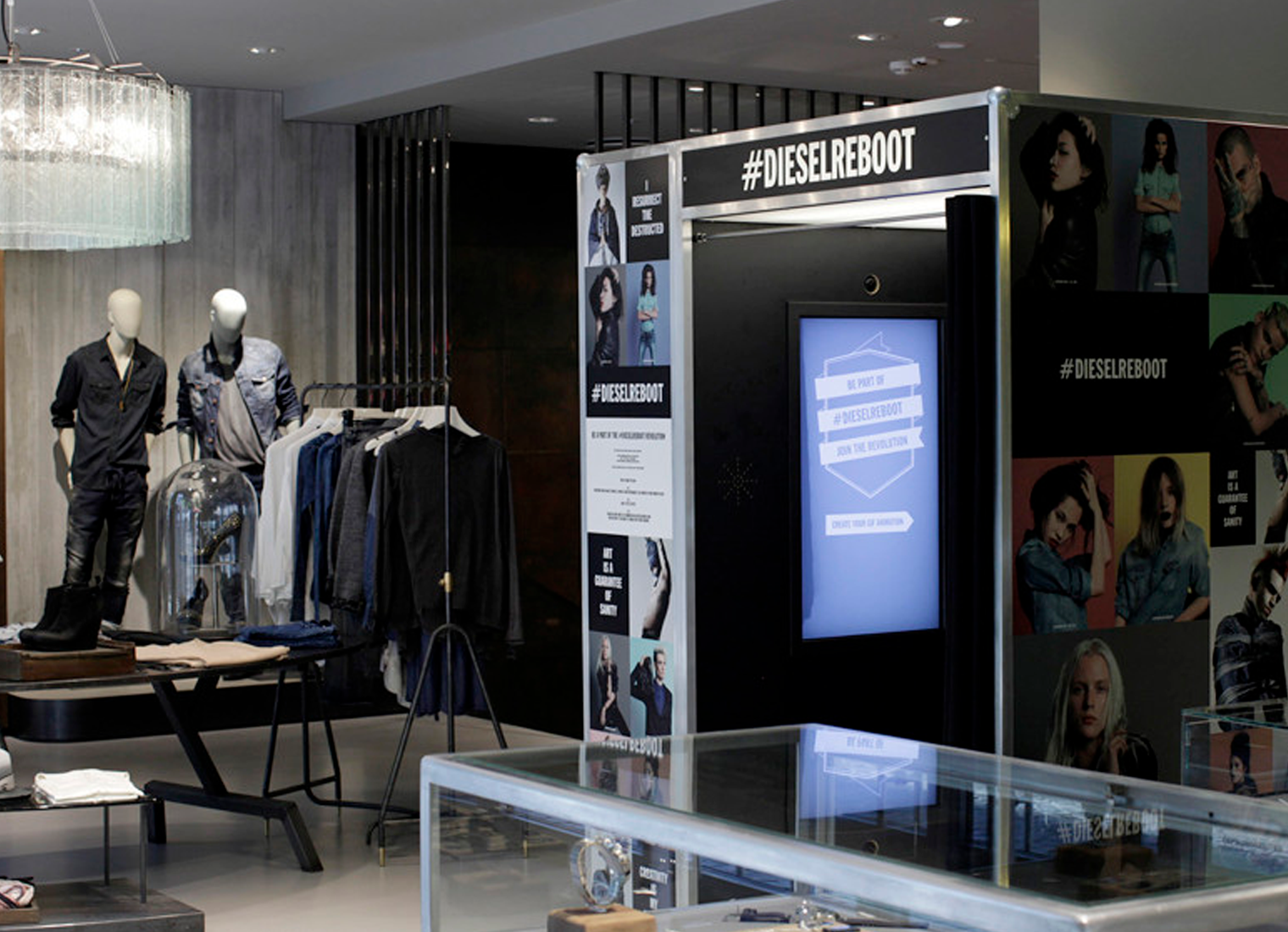 The campaign was organised by ACNE Berlin, who also came up with the idea and delivered the main concept. We wish to thank for the wonderful collaboration.