Since a long time, the Garbicz Festival has been an insider’s tip in the electronic music-scene – even if it’s not that confidential anymore. Near the German-Polish border, not far from the same named town the festival captivates its fans not only because of the line-up, a natural environment and charming flair. But also, it surprises annually with a colorful potpourri of imagination and culture. In 2019 we supported Kugelbliss.art realizing an interactive installation for Garbicz Festival. 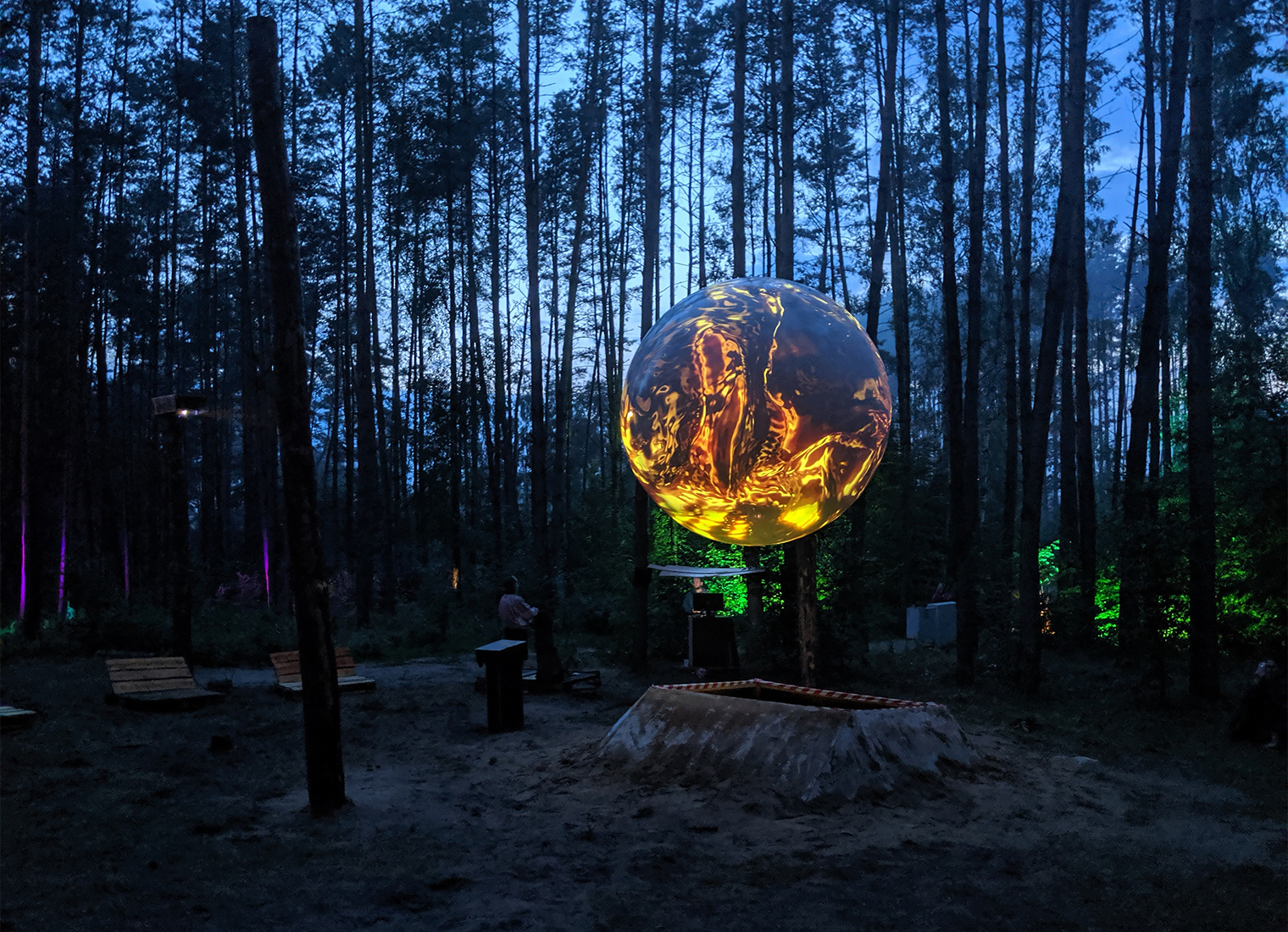 The basis formed an inflatable sphere, which we transformed into a thrilling stage for extraordinary 3D-visuals by Projection mapping and four projectors. With the development environment VVVV continuous changing contents could be controlled in real time. 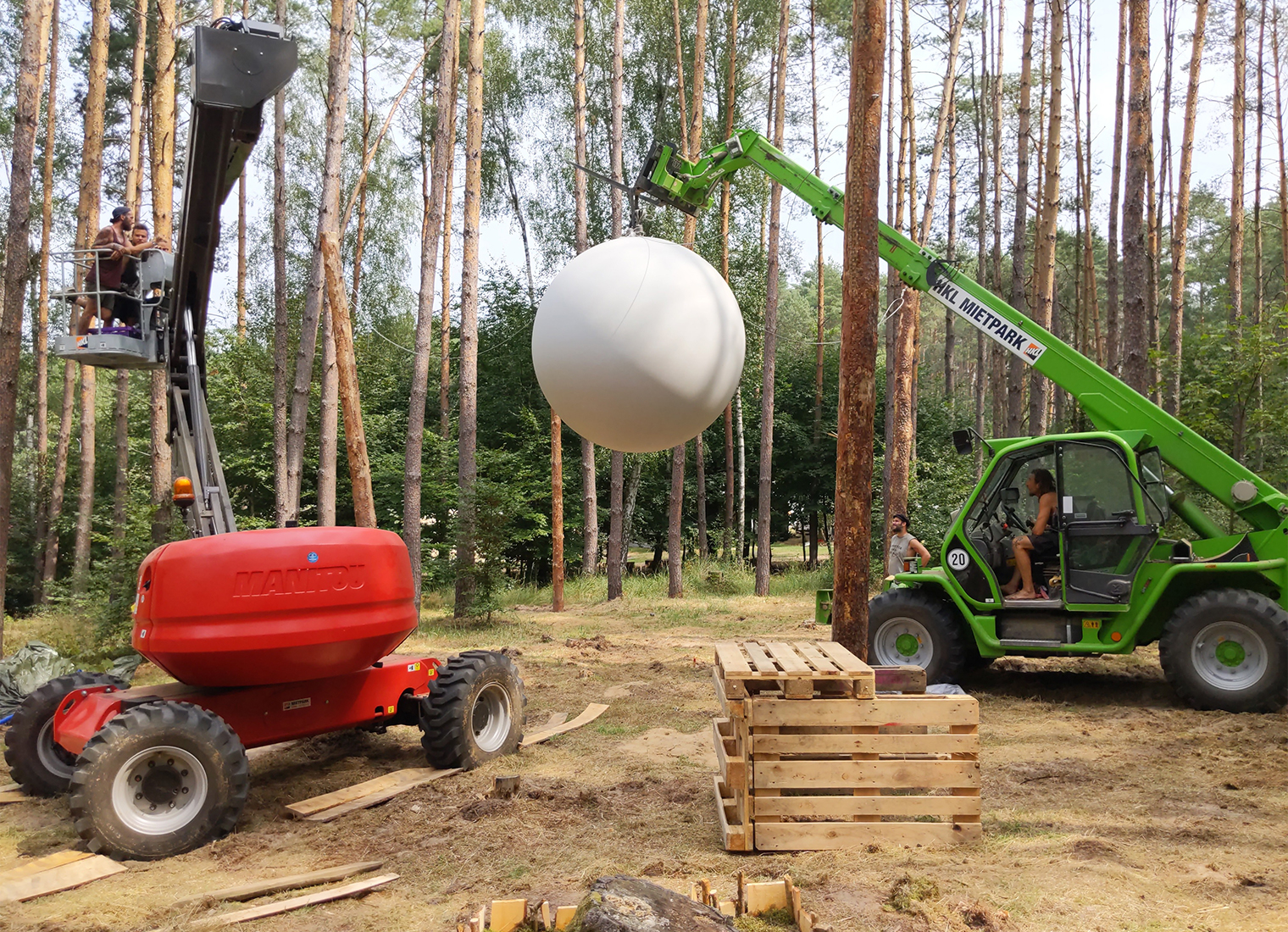 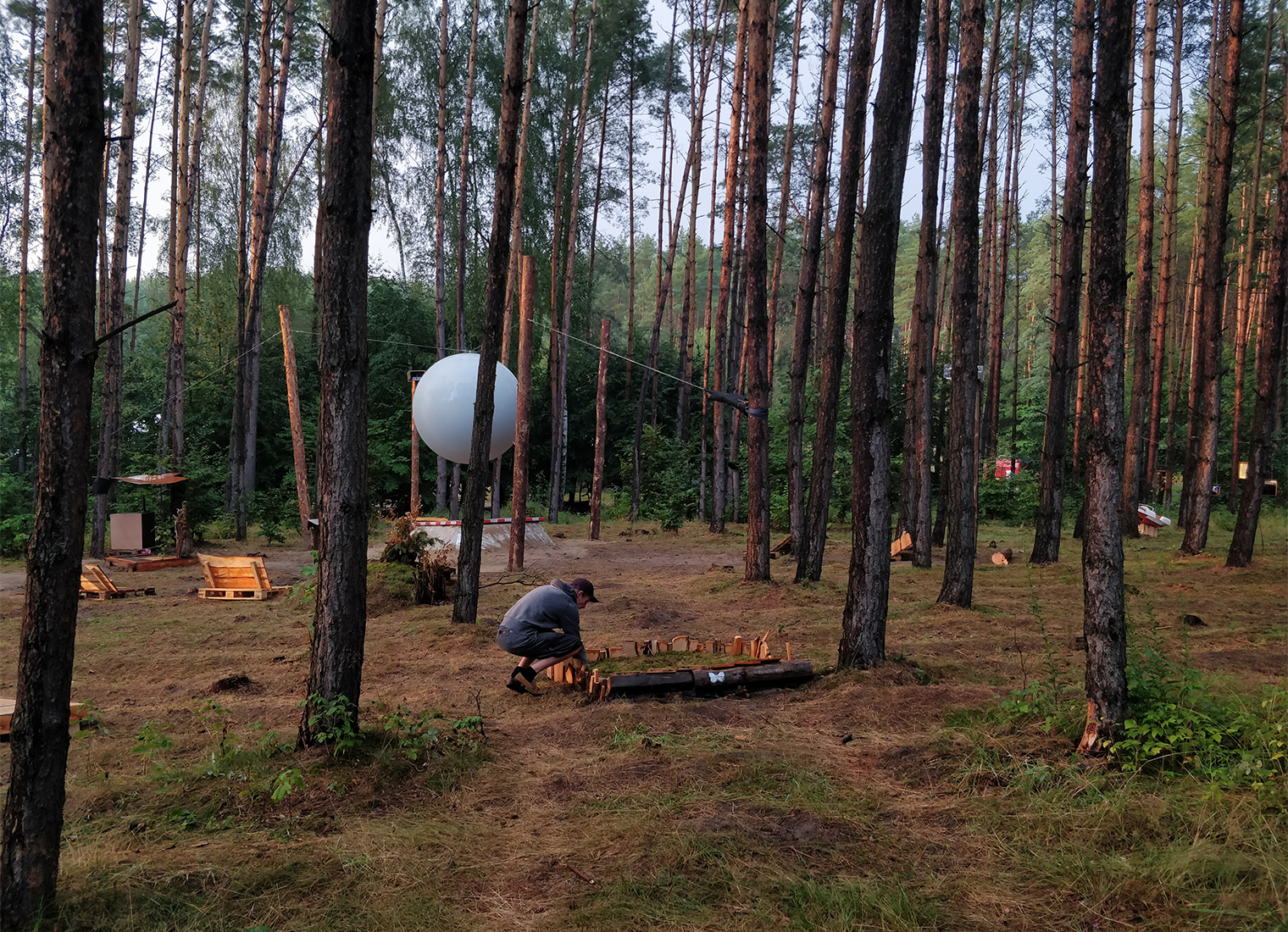 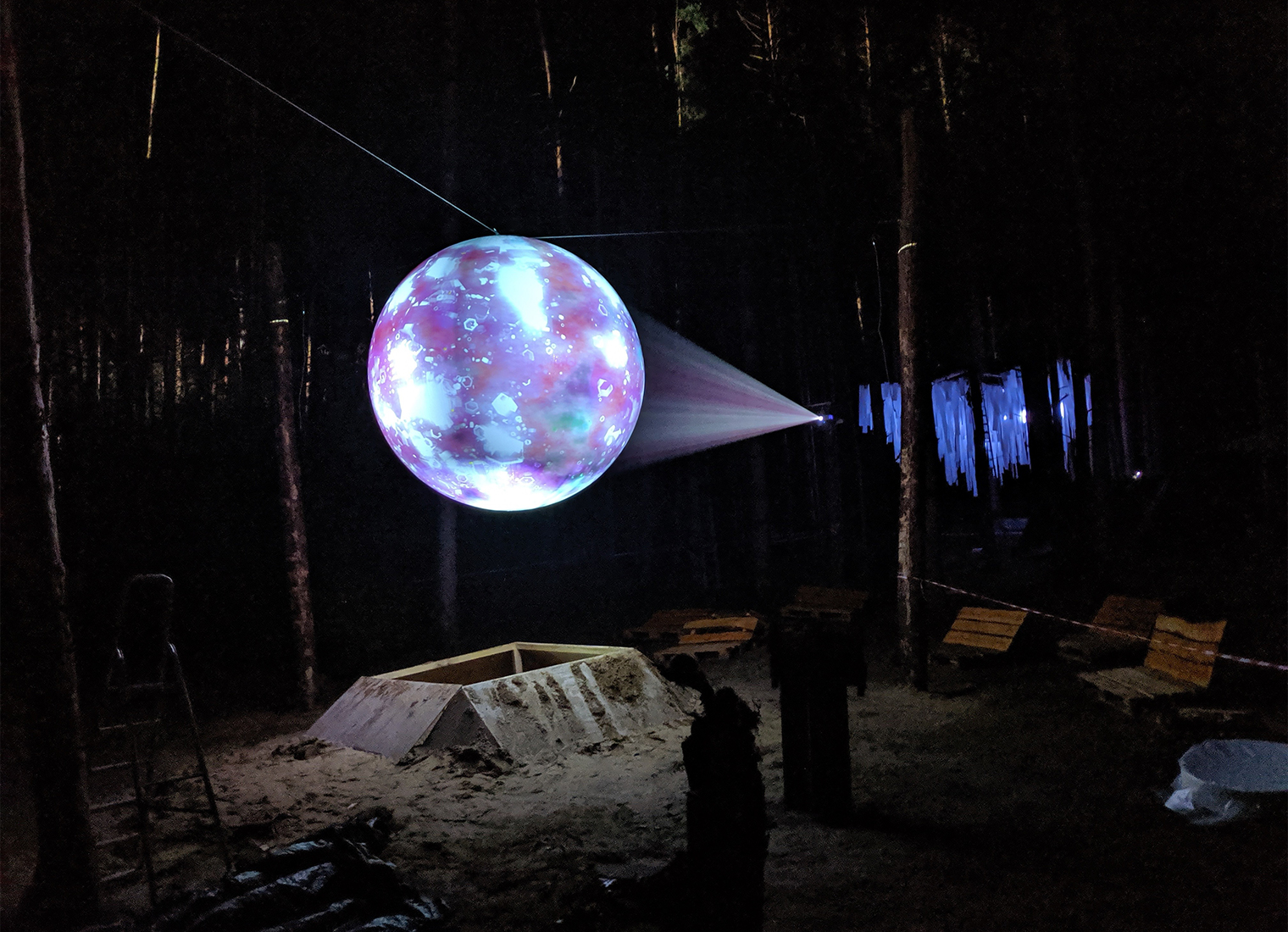 Besides the mere view of the mystique sphere, we enabled the audience to influence its appearance interactively. A drum pad transmitted the drummed rhythm to the projection-system, which translated the impulses into optical equivalents. Thus, the sphere not only influenced the festival atmosphere for its part, but reflected it and furthermore reacted to its sentiments respectively. That way the installation has gone beyond an artistic end in itself and finally stepped into a dialogue with the festival visitors. 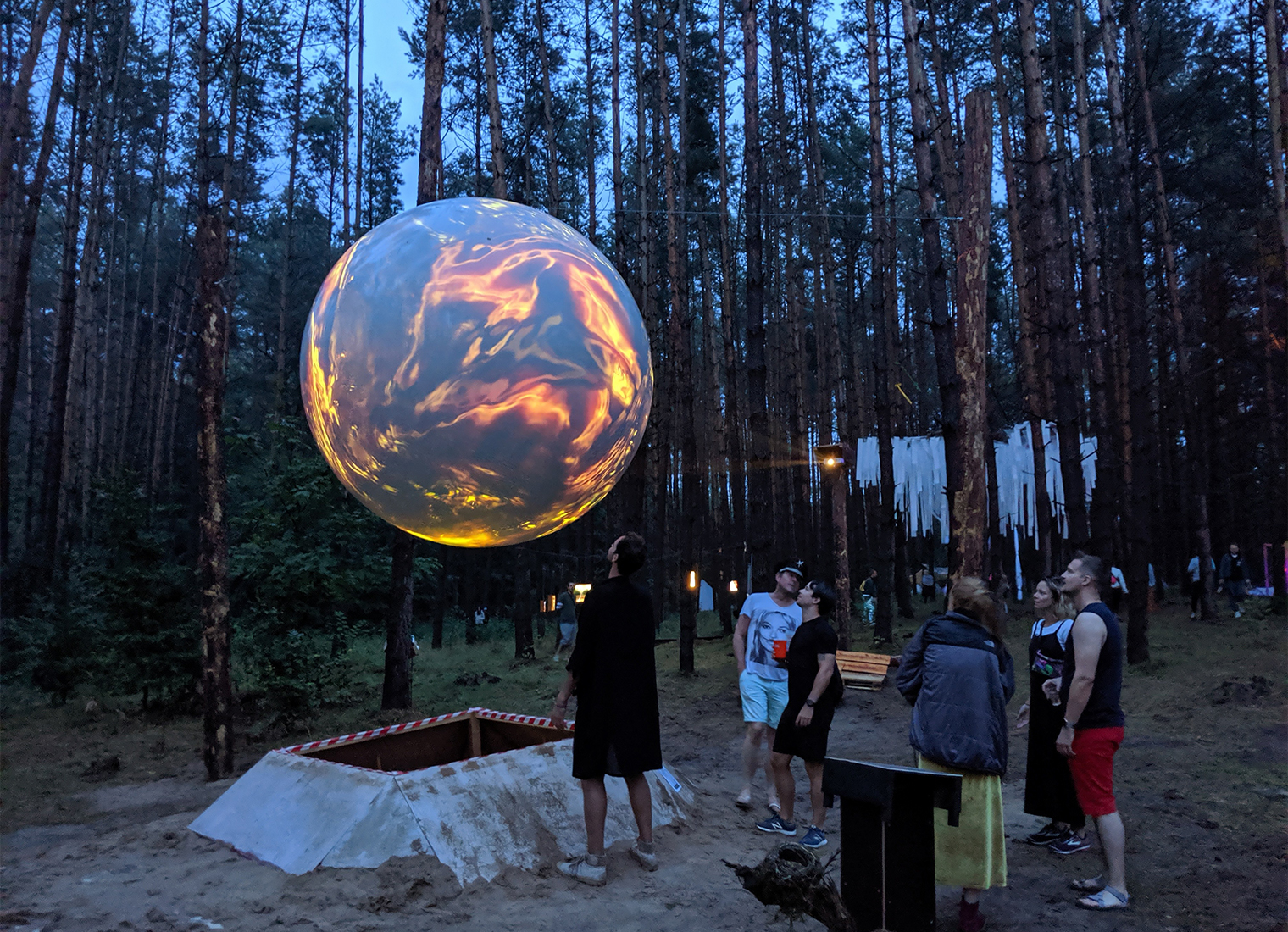